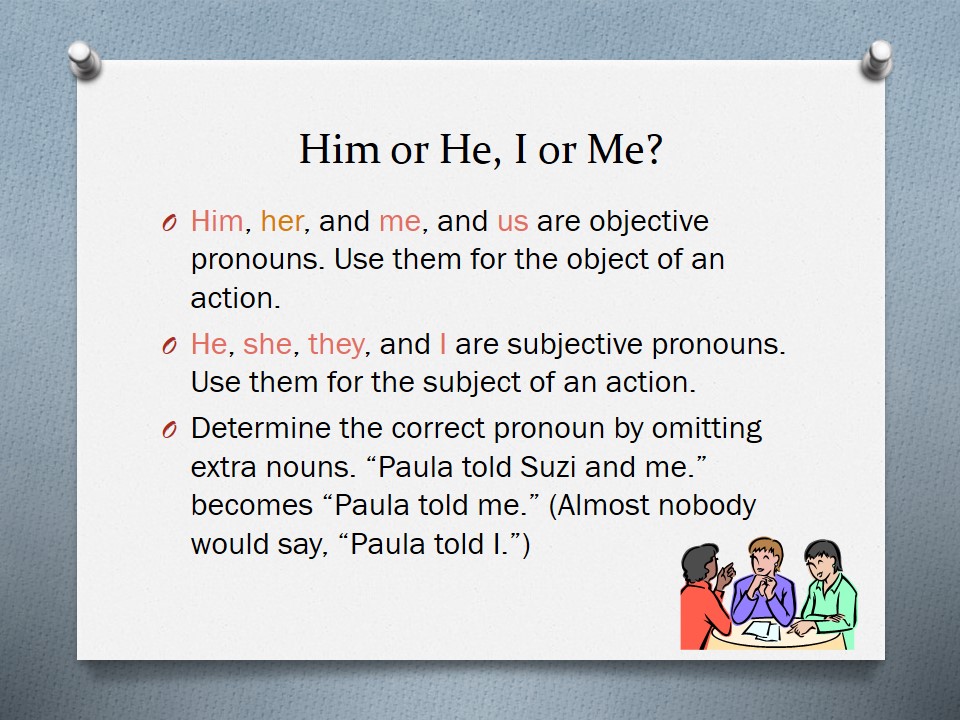 More about him or he, I or me?

Him, her, and me, and us are objective pronouns. Use them for the object of an action.

He, she, they, and I are subjective pronouns. Use them for the subject of an action.

Determine the correct pronoun by omitting extra nouns. "Paula told Suzi and me." becomes "Paula told me." (Almost nobody would say, "Paula told I.") 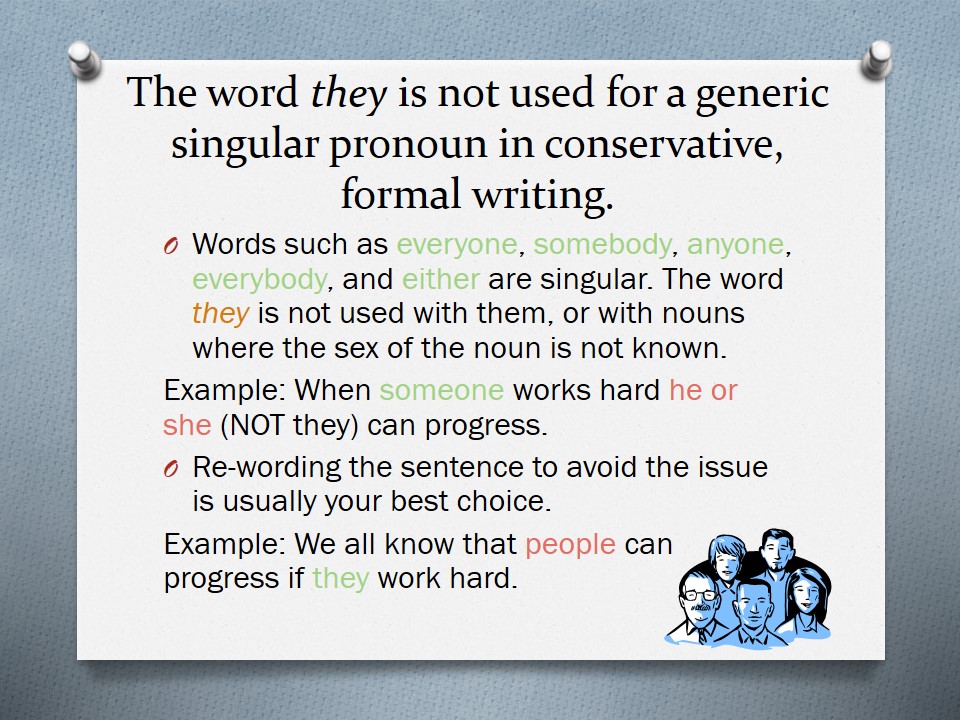 The word they is not used for a generic singular pronoun in conservative, formal writing.

Words such as everyone, somebody, anyone, everybody, and either are singular. The word they is not used with them, or with nouns where the sex of the noun is not known.

Example: When someone works hard he or she (NOT they) can progress.

Re-wording the sentence to avoid the issue is usually your best choice.

Example: We all know that people can progress if they work hard.

"'Coming out of the closet' is a phrase used for someone who tells others that they are homosexual."
(Shouldn't that person let others decide for themselves? Better: "Tells others that he or she. . . ) 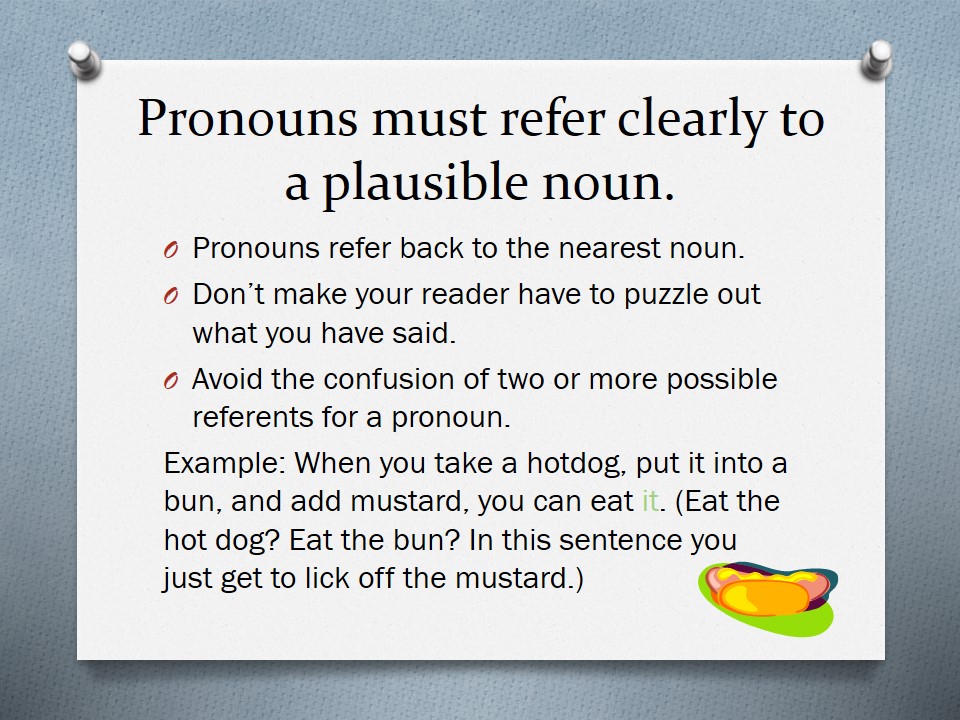 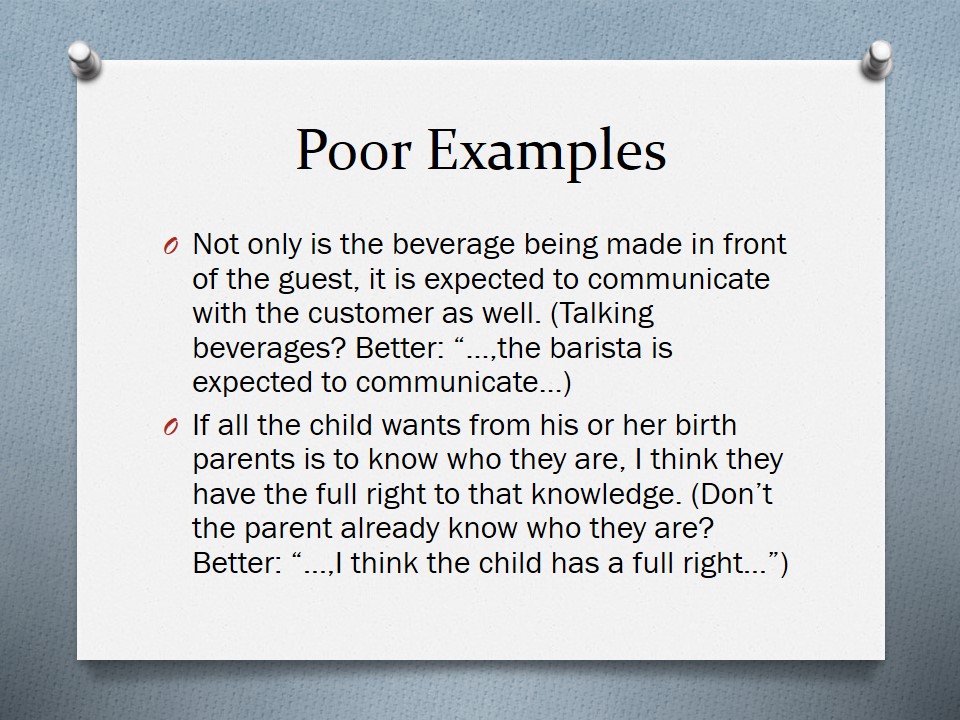 Pronouns must refer clearly to a plausible noun.

Pronouns refer back to the nearest noun.

Don't make your reader have to puzzle out what you have said.

Avoid the confusion of two or more possible referents for a pronoun.

When you take a hotdog, put it into a bun, and add mustard, you can eat it. (The the hot dog? Eat the bun? In this sentence you just get to lick off the mustard.)